How can your prepare child relocation from or within Indonesia? What if your child has been relocated without your consent?

Indonesia is a member of the Hague Convention on Child Abduction.

Lawyers and mediators in The Netherlands

We provide a list of lawyers and mediators in Indonesia who can assist you in drafting an international parenting plan, in preventing conflicts over the primary residence of the children, and in negotiating and litigating over the children in the event of relocation or child abduction.

If you get married or enter into a registered partnership after the birth, you automatically obtain custody of children you have already acknowledged.

If you are married or in a registered partnership, adoption also automatically results in custody.

After a divorce, parents in principle retain joint custody.

If the two mothers are married or have a registered partnership, they automatically get custody if they are both legal parents of the child. This is the case if there is no father according to the law (if the donor is anonymous or if the donor is known but has not acknowledged the child).

If two women adopt together, they both get custody. If one woman adopts the other woman’s child (partner adoption), she also obtains custody.

If a man marries or enters into a registered partnership, he can only obtain joint custody after a court decision. If two men adopt a child, they both automatically obtain custody.

In addition to parental authority, there is guardianship. In that case, custody is exercised by a third party or by a certified institution.

If you want to travel abroad with your child, you need permission from the other parent, if the other parent also has custody. You can download a consent form from the website of the Dutch government.

The countries that are members of the Schengen Agreement do not carry out standard border controls.

When travelling by plane, passengers are asked for the consent forms when it seems relevant. These checks do not offer 100% certainty. If you fear that a parent will try to travel with a child to another country without your consent, you can contact the Public Prosecution Service to report a possible child abduction.

If a parent wants to move with the children and the other parent with custody refuses to give permission, the parent who wants to move can request permission from the court. This request is treated as a dispute of parental authority (art. 1:253a BW). The request will be dealt with on a court  hearing within 6 weeks. In deciding the dispute, the court must consider not only the children’s best interests, but all the circumstances of the case and weigh all interests.

The court has jurisdiction if the children have their habitual residence in The Netherlands.

The judge will judge the case on the basis of the following criteria:

If the other parent wants to prevent the move, he can ask the court in summary proceedings to impose a relocation ban. A parent who does not have custody can still ask for a removal ban in summary proceedings, if the move puts the contact arrangements under pressure. If the parent without custody has already submitted an application for joint custody to the court, the court can also impose a relocation ban.

In the event of an impending child abduction, the Public Prosecutor’s Office and the border police can be contacted.

The Netherlands is a party to the Hague Convention on Child Abduction. The obligations that the convention creates are elaborated in the Implementation Act international child abduction.

For more information, you can contact the Centre IKO. The IKO also provides cross-border mediation through the Mediation Bureau.

In the Netherlands all child abduction cases are heard by the District Court in The Hague and after appeal by the Court of Appeal in The Hague. These courts are specialized in these cases. The District Court in principle gives its judgment within 6 weeks. This also applies to the Court of Appeal. A special judge has been appointed, who can have judicial communications with judges from other countries if so desired in any case.

Children can have a child talk with the judge if they are 6 years old or older. If the court finds it necessary in the best interest of the child a special curator will be appointed who will meet with the children and write a report about it to the court.

Mediation will be urged at all stages. Both by the Central Authority and by the court, both before the hearing, as well as during the first direction hearing.

When the court issues a judgment ordering the return of the children, it almost always sets a date for the return that falls after the expiration of the appeal period. If the other parent appeals, this will in principle mean that the children will be allowed to stay in the Netherlands until the Court of Appeal has ruled as well.

You can ask the court to decide that the abducting parent must pay the expenses made in connection with the abduction and the return of the child.

Your lawyer can ask for the ‘Cooperation protocol regarding mandatory enforcement of return order in international child abduction cases’ to be applied.

If you think your child is in the Netherlands, but you do not know exactly where, the Dutch Central Authority can help you locate your child.

In urgent cases, you can make a report to Customs through the police or the Public Prosecutor’s Office. Volunteers are always available through the Center IKO who can put you in touch with the right person.

For more details: check the country profile of The Netherlands on the website of HCCH.

The intentional removal of a minor from legal custody is punishable under Article 297 of the Criminal Code. The Public Prosecutor’s Office can prosecute even without the report of the aggrieved parent. The Public Prosecutor’s Office is also the only party that can withdraw the prosecution. Not cooperating in a visitation arrangement can also be seen as withdrawing from the custody of the other parent.

There are two guidelines for criminal proceedings concerning the withdrawal of minors from legal custody.

www.rvr.org : About the Legal Board 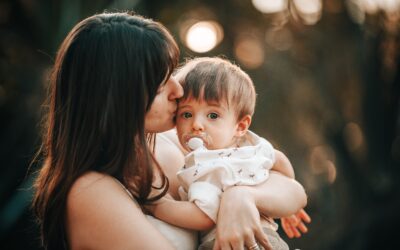 Child abduction: is it always the mother?

The Dutch Centre for International Child Abduction (IKO) has given the numbers for 2021, concerning the Netherlands. By whom were the children abducted, and to which country, or from where? The press statement shows, among other things: Who was the abducting parent:... 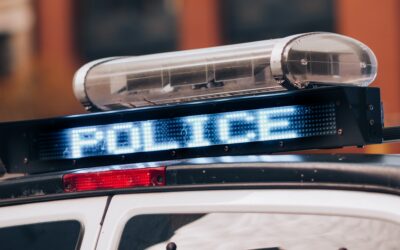 Is child abduction a criminal offence?

In the Netherlands it is a criminal act to keep a child from the person(s) who has custody over the child. It is called ‘withdrawal from authority’. This criminal act is described in article 279 of the Dutch Criminal Law. The Dutch prosecutor’s office has written a... 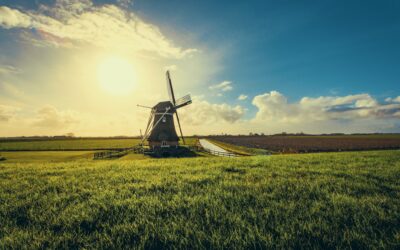 Child interview in The Netherlands

The Convention does not demand the court to talk to the minor. However, EU countries (exept Denmark) are bound by the Brussel II bis regulation. Article 11 of his regulation states that in an abduction court procedure, the child must be given opportunity to be heard....

More Blogs about The Netherlands

District court The Hague, The Netherlands 15 October 2021, ECLI:NL:RBDHA:2021:11036 In this court procedure in The Netherlands the child's opinion was not decisive, even though the child was 10 years old.   Mother asks permission to relocate The mother again asks...

Child was relocated during proceeding at Spanish court

District court of Gelderland, The Netherlands -  November 17 2022, ECLI:NL:RBGEL:2022:6434  - What happens if a child is relocated during the proceedings? On 17 November 2022, the Gelderland District Court gave an interesting ruling on a young child who, during the...

District Court of Gelderland July 1 2022, ECLI:NL:RBGEL:2022:3355 The mother withdrew her three-year-old daughter from the father's legal custody for 14 months. Now she gets a suspended prison sentence with probation and she must pay damages.  Unknown address The...